The team of WIND FARM LLC is one of the most experienced in modern wind energy of Ukraine with experience more than 20 years.

The history of gaining experience in wind energy field began in 1995 with the development of “The Regional Program for the Development of Wind Power in Donetsk region”, which in 1996 was fully included in the “Comprehensive Program for the Construction of Wind Power Plants in Ukraine”, approved by the Resolution of the Cabinet of Ministers of Ukraine No. 137 dated 03.02.1997. The regional program included the construction of three large wind power plants (WPPs) in the Donetsk region: Novoazovskaya WPP, Volodarskaya WPP and Mangushskaya WPP, of which Novoazovskaya WPP was successfully realized in the period from 1997 to 2008 and as of 2008 Novoazovskaya WPP was the largest wind farm in Ukraine.

Since 2008, the preparation of a strategy for the development of wind energy projects for the largest energy holding in Ukraine – DTEK, has been started. The strategic portfolio of projects with a total capacity of 1.3 GW included the following planned projects: Botievska WPP, Primorska WPP, Orlivska WPP, Berdyanska WPP and WPP Mangush, some of which were actually build within DTEK.

The team fulfilled the functions of the customer for construction of the Botievska WPP 200 MW, Primorska WPP 100 MW and Primorska WPP-2 100 MW projects at all stages of project implementation including development, engineering, construction and commissioning.

The team also carried out the pre-project study of the project Orlivska WPP 100 MW: selection of the site for the project implementation, running a wind monitoring campaign during 2013 – 2014, development of the general plan of the wind power plant, participation in the development of a single-line diagram of the project, obtaining technical conditions and signing the contract for connection to electrical grids with PJSC “Zaporizhiaoblenergo” and SE “NPC “Ukrenergo”, estimation of the amount of capital costs for business planning.

Now the team is focused on the implementation of the largest onshore wind energy project in Europe – “New construction of a 800 MW wind power plant WIND FARM LLC on the territory of Mariupol district of Donetsk region”, the realization of which, in addition to attracting of investments to the territory, will allow to increase reliability of energy supply of one of the largest industrial cities of Ukraine – the city of Mariupol, and will also significantly improve the development of the machine-building complex of Ukraine by organization of production of components of wind turbines at domestic enterprises. 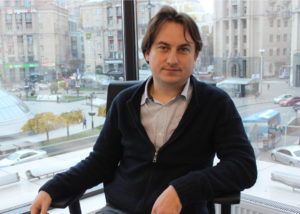